Stay up to date with all of the latest school news with SZapp!

This newsletter service
is provided by:

Children’s understandings of responsibility are influenced by their families, by school staff, by community members, by other children and also by the things children see and hear in the media. Young children especially watch and copy the attitudes and behaviour of those close to them.

As children grow older they become more aware of peer group values and of the behaviours of role models such as sporting heroes or media personalities. They learn to think through and discuss the values and attitudes they observe in others and use themselves. They think about whether decisions that are made are fair or whether someone is being ‘mean’ to them or others.

Parents and carers are children’s first and most important teachers of values. Good values guide good behaviour. Schools also have a major role to play in teaching values. We teach our students to act with peace, wisdom and courage: 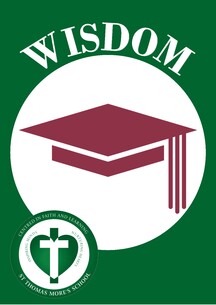 COURAGE - St Thomas More was a person of Courage. He persevered and stood up for what he believed in despite adversity and oppression. He had a strong faith in God. PEACE - St Thomas More was a person of Peace. He forgave those who opposed him. He was God’s servant first. 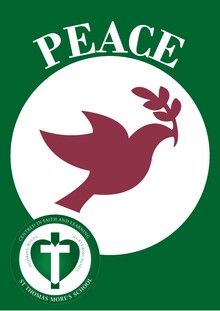 It has been announced that our new Parish Priest is Fr. Emil Milat. Fr. Emil has recently served as Parish Priest in the Western Mission and has previously been in Moruya and Corpus Christi parishes. Fr. Emil will begin on the first of January.

Today we had our dress rehearsal for our Dance Display next Wednesday night. It is all coming together! The dance display will be at 7:00pm next Wednesday, with a sausage sizzle running from 6:00pm. The Dance Concert BBQ is served from the courtyard area outside the Library. It is for school children and families attending the event. Pay on the night: $2.50 per sausage and $2 per drink or try our “meal deal” sausage and drink is $4.00. Remember gold coin entry for the Dance Display.

Today our school choir sang at Floriade and they were amazing! Thank you to Jaki Kane for all her work and preparation. 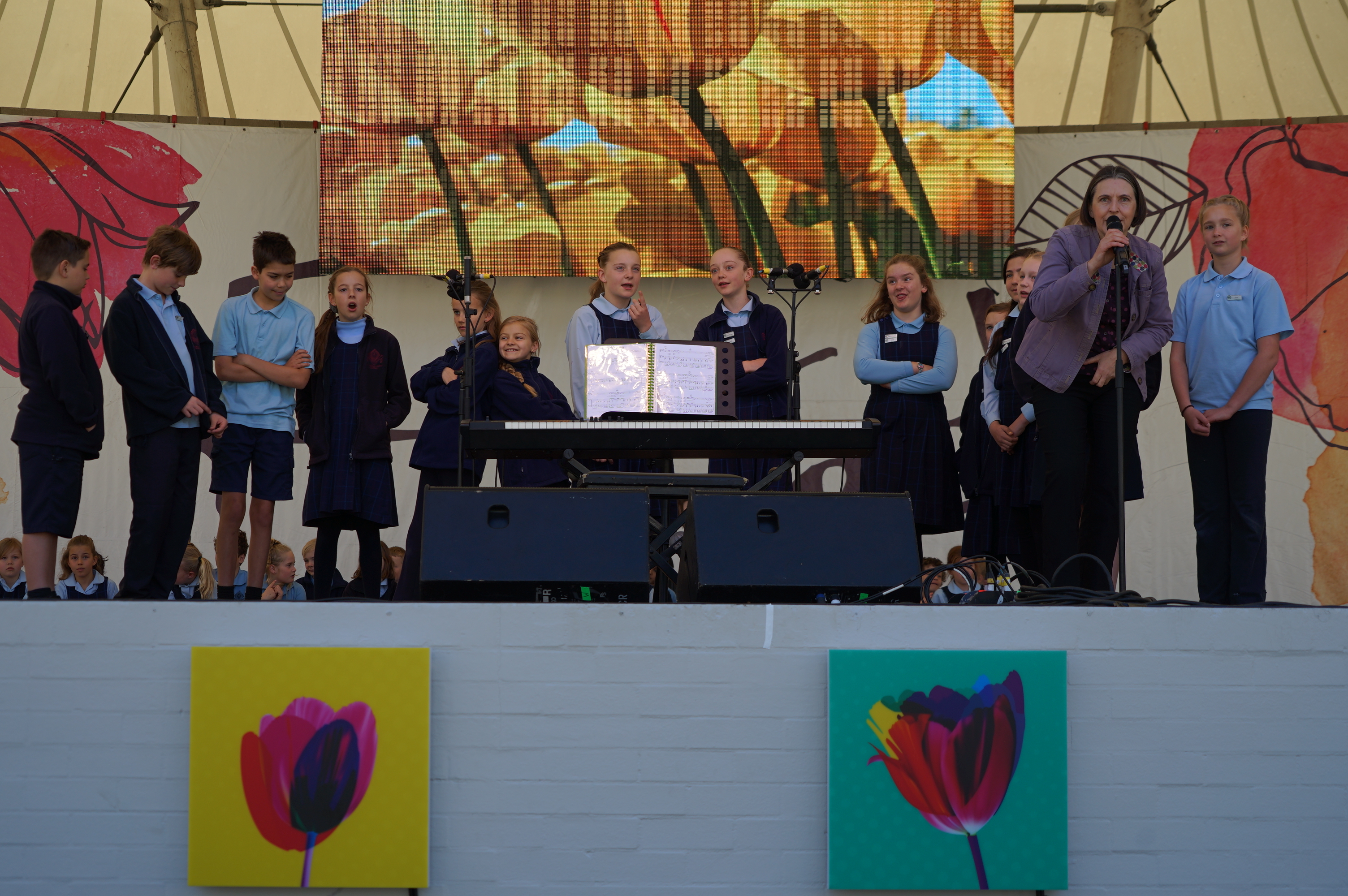 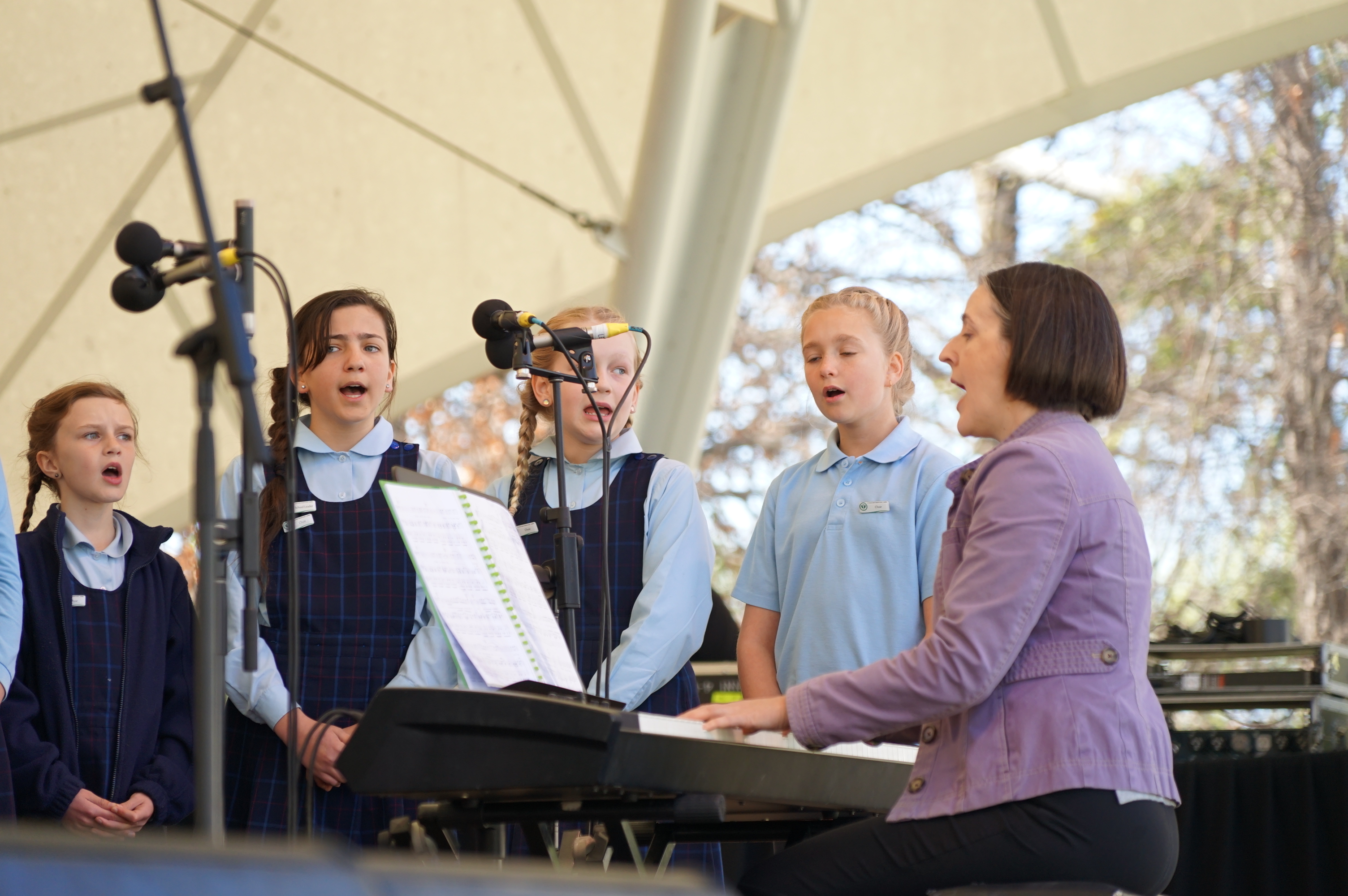 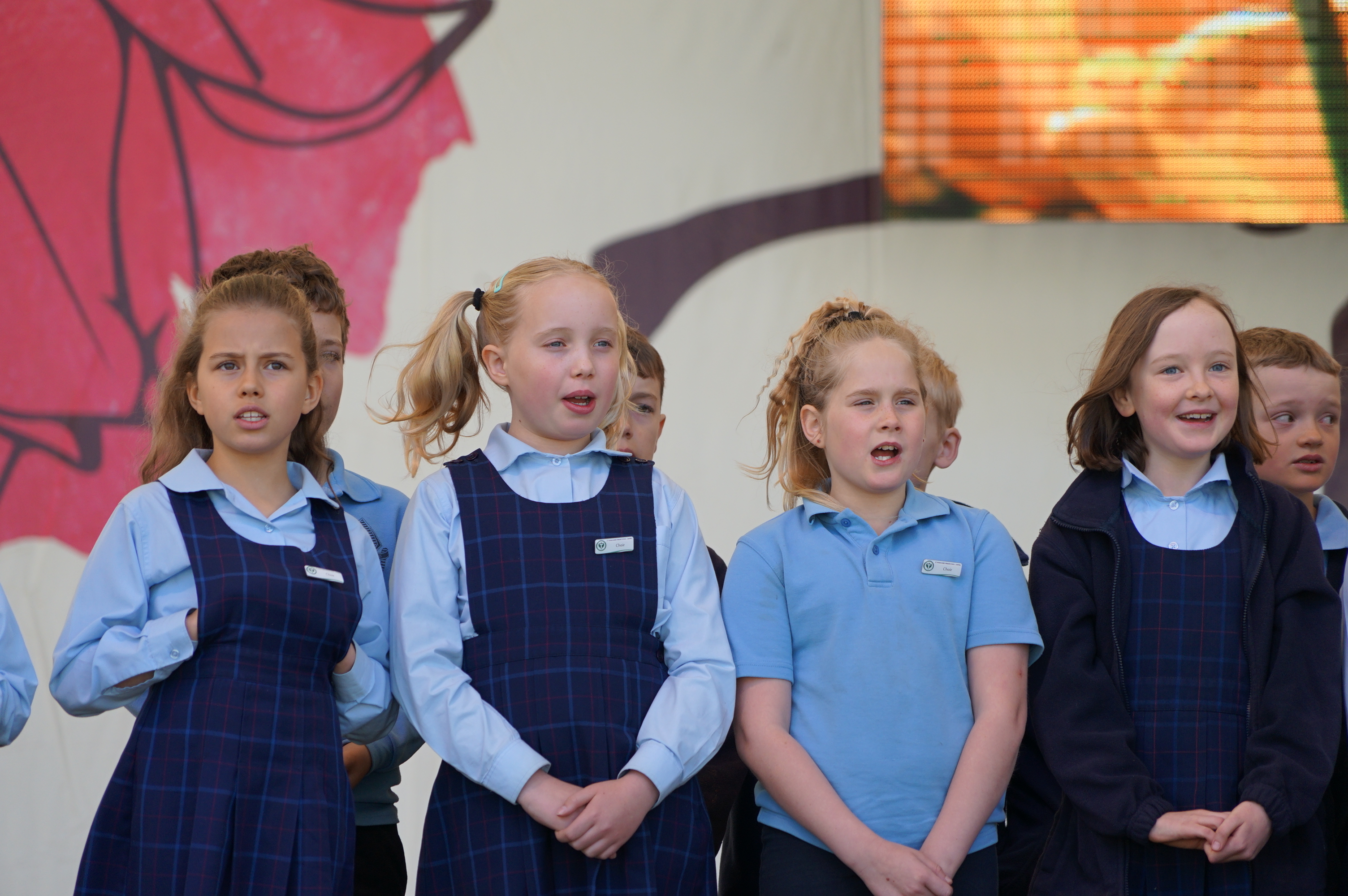 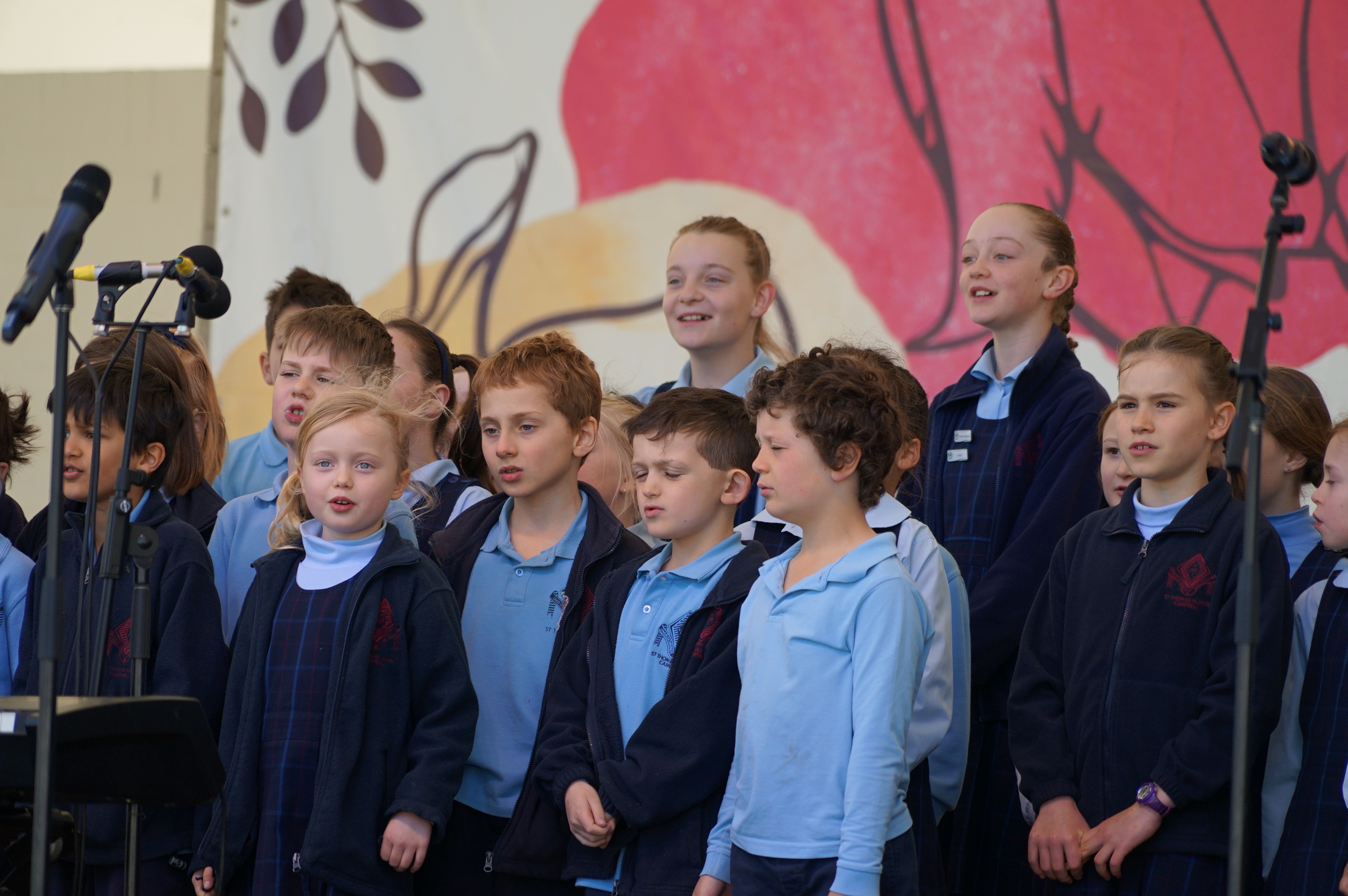 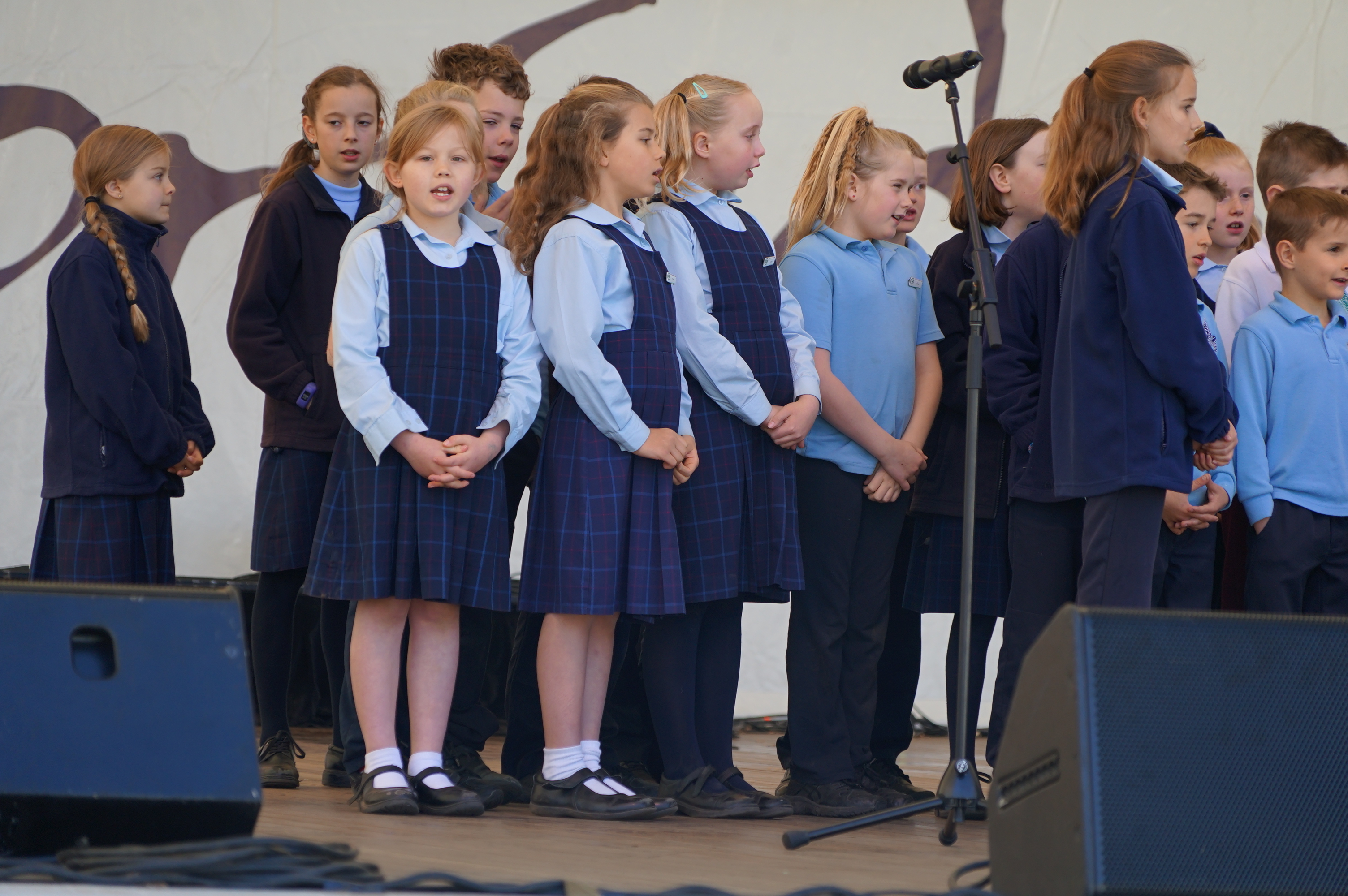 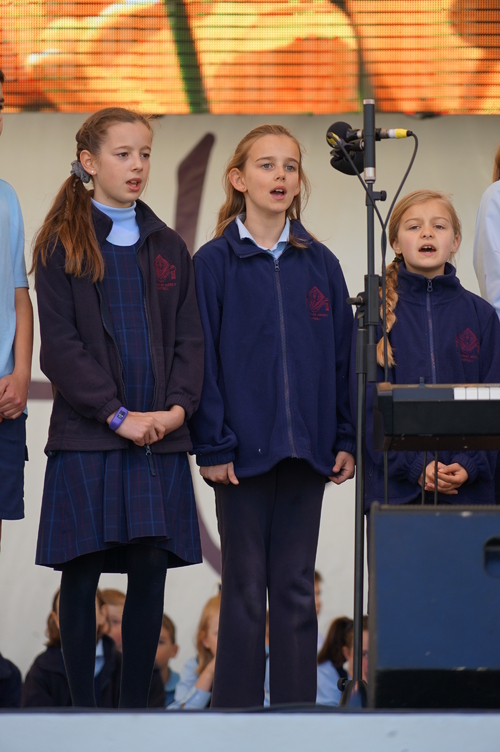 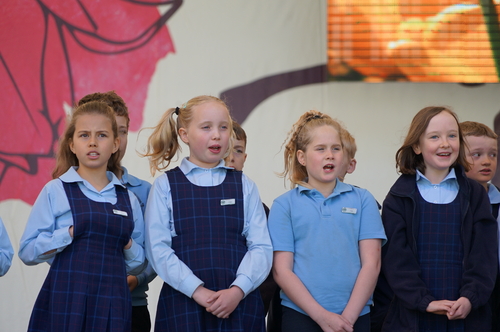 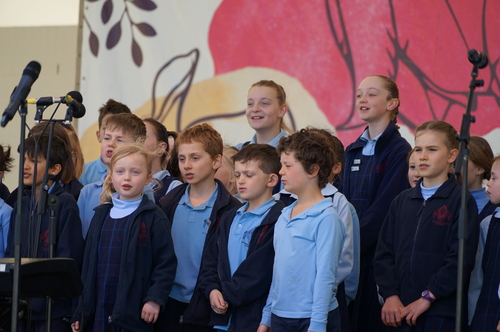 Special thanks to Coerver (Jason Lancsar - parent of Beau Year 1) for generously donating Soccer bibs. They will be used as part of a costume for this year's dance display and for our soccer teams in 2019. Thank you.

Next Wednesday evening we are delighted to present to you the story dance It’s a George Thing. 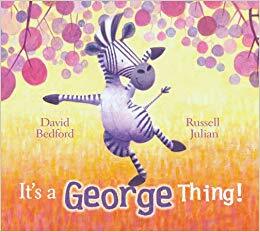 Below is an outline of what happens on the night!

We look forward to seeing you there on the night! 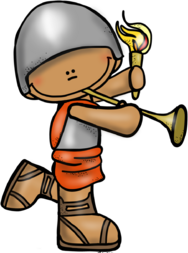 students who are preparing to receive the Sacrament of Confirmation.

Year 6 students are currently working on ‘Saints’ projects, which involves identifying with a Saint whose values inspire them to be disciples of Jesus.

The Saints, which students have chosen, have all answered the call to serve God and their community. An important aspect in receiving the Sacrament of Confirmation is to commit to serving the community and to answer God’s call to do justly, love mercy, and walk humbly with God.

Some of the Saints our Year 6 students are learning about:

Saint Bernadette ~ St. Bernadette was born in Lourdes, France on January 7, 1844. Her parents were very poor and she was the first of nine children. As a toddler, Bernadette contracted cholera and suffered extreme asthma. Unfortunately, she lived the rest of her life in poor health. St Bernadette is the patron saint of illness and poverty.

How can we, as a community, answer the call to support those who are sick and those who do not have the basic needs of food, clothing and shelter?

St George ~Very little is known about St. George’s life, but it is thought he was a high ranking officer in the Roman army who was killed in around AD 303. St. George is the patron saint of England, farmers and shepherds. Stories of his strength and courage soon spread throughout Europe. St George was a man of strong faith who saved Christians who were being persecuted.

In England St. George’s Day is celebrated, and his flag flown, on his feast day, April 23rd.

In what ways can you strengthen your own faith?

St Marie ~ St Marie was one of seven children, of whom three of her siblings went into religious life. Her mother died when St Marie was seven, and her father was forced to move to find work. Another village family adopted her. When she was 15, St Marie joined the Institute of Franciscan Missionaries of Mary, taking the name Marie Amandine. She worked as a nurse in Marseilles, France then in the mission hospital and orphanage in Taiyuanfu, China. St Marie is the patron saint of laughter!

How can you bring joy and laughter to those you work with today?

St Sebastian ~ According to his legend, St sebastian was born in Gaul, went to Rome, and joined (c. 283) the army of the emperor Carinus, later becoming a captain under Diocletian. When it was discovered that he was a Christian who had converted many soldiers, Sebastian was ordered to be killed by arrows. St Sebastian is the patron saint of athletes as well as the patron saint of archers.

How can I show others how to be a good sport? Do I play fairly and encourage others to do the same?

There are any opportunities throughout our day when we can answer God’s call to do justly, love mercy, and walk humbly with those in our family, work place and community.

Lastly, I would like to thank Year 5/6 White students for the leadership shown in planning and preparing for Prayer Assembly to be celebrated this Friday.

May you all enjoy the rest of Term 3 and holidays with your family. 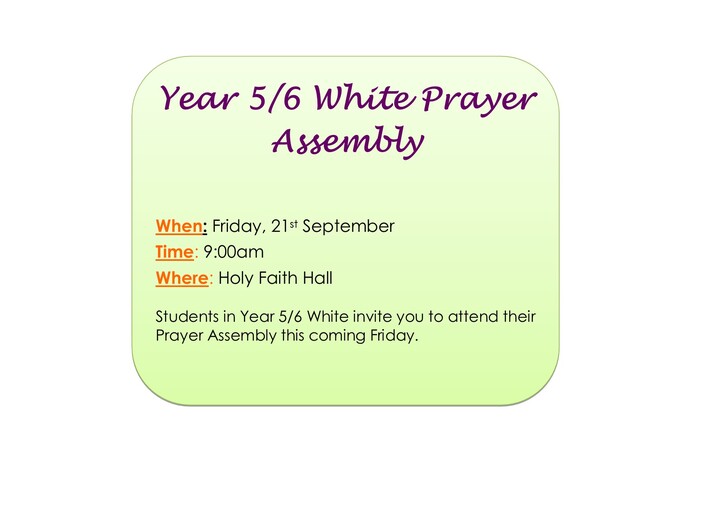 Thank you very much to families who have completed the survey to determine parents and carers support for the position of School Chaplain within St Thomas More’s Primary School. This position is funded by the Education Directorate of the ACT Government under the National School Chaplaincy Program and is anticipated to be renewed for 2019. Parent and carer support is a very important component in qualifying for the funding and your time in completing this survey is most appreciated.

The survey consists of 6 questions and is estimated to take 5 minutes to complete. The survey is open until this Friday, 21 September. Responses are confidential and individuals cannot be identified. You can access the survey via the following link:

Pens Against Poverty is a creative writing competition for students in Years 3-10 living in the Canberra and Southern NSW regions. It is an official activity of Anti-Poverty Week (14-20 October 2018)  https://www.antipovertyweek.org.au/about/about-anti-poverty-week and aims to heighten empathy among readers and writers on the topic of poverty. The theme for this year is ‘On the Edge’. Entries of short stories or poems of no more than 500 words will be judged by author Jackie French and Canberra-based poet John Foulcher. Entries close Monday 24 September and must be submitted through Mrs Mingay. This is an optional activity.

The Seasons for Growth Program concludes with a Celebration Session on Friday, 28 September (last day of Term 3).

Holiday Happenings is an excellent source of information for programs, events and activities for children in the Spring School Holidays. The booklet is online: http://holidayhappenings.com.au .

I hope all families have an enjoyable time over the holidays.

Feel welcome to visit or contact me on 6249 8869 or send an email to sonja.mingay@cg.catholic.edu.au .

Thank you very much to Defence Families who have completed the survey on support provided by the DSTA Program at St Thomas More’s Primary School. The survey has 16 questions and is estimated to take 5-10 minutes to complete. The survey is open until this Friday, 21 September. If you have not already done so, it would be really appreciated if you could complete the survey. You can access the survey via the following link: https://stmpscampbell.schoolzineplus.com/survey/11 .

Defence Community Organisation and Outward Bound Australia are offering the opportunity for 16 young people of serving ADF members living in the Canberra region to take part in:

In 25 words or less, highlight why you want to take part in the program. Send this in an email to mailbox@outwardbound.org.au . Place in the Subject Heading either “Defence – Navigator” or “Defence – Young Explorer”. Applications close by the 30 September 2018.

The total cost of the programs are funded by DCO. Successful applicants will be required to pay a 10% place fee (Navigator program - $228, Young Explorer - $99) which will be reimbursed on completion of the program.

For more information contact Mike (Michael) Peoples on 0448 234 557 or Michael.peoples@outwardbound.org.au

Kookaburra Kids Foundation run a program for Defence kids aged 8–18yrs who have a parent with a mental illness as a result of their military service (serving and ex-serving or spouse). Their Activity Days provide children with an opportunity to participate in activities, meet new friends, learn new skills and have fun. For more information see www.kookaburrakids.org.au . The next event for Canberra area is a primary-aged camp to be held 19-21 October. Contact Nick 6109 0408 or nick.atkin@kookaburrakids.org.au to register.

Feel welcome to visit or contact me on 6249 8869 or send an email to sonja.mingay@cg.catholic.edu.au . 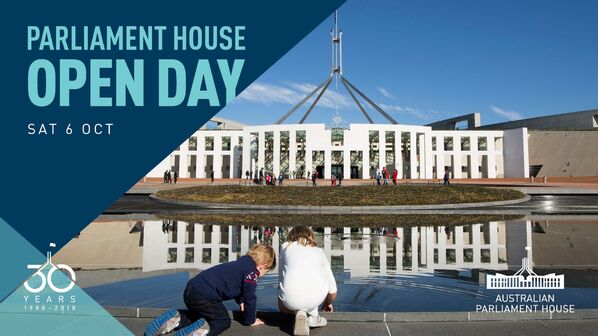 Australian Parliament House is celebrating its 30th anniversary with an Open Day on Saturday 6 October. Entry to the event is free and the day features plenty of activities to keep the young and young-at-heart entertained, it’s sure to delight the whole family!