Stay up to date with all of the latest school news with SZapp!

This newsletter service
is provided by:

This Friday is our Art Show. The students have created a number of art pieces that 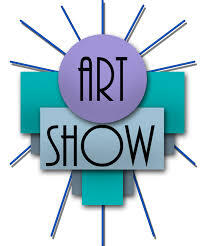 will be on display. A special thanks to Mrs Liz French for not only her work and organisation, but also for teaching a quality Arts program at STM.

The creative skills children develop through The Arts carry them towards new ideas, new experiences and new challenges, as well as offering personal satisfaction. Teaching The Arts in primary school is a powerful tool to motivate students, enhance learning and develop higher order thinking skills. Children learn in so many different ways and The Arts are a proven way to engage children across the curriculum and enhance their learning.

The Australian Council for Educational Research investigated the impact of quality arts programs on the academic progress of students, their engagement with learning and their school attendance. Their findings indicated that through involvement in arts programs, children’s potential to engage in learning was enhanced and their self-esteem increased as they began to feel more self-confident.

Come along on Friday night – I know you will be very impressed. The Art Show starts at 6pm and everyone is very welcome. The students are looking forward to “showing off” their work, skills and talent.

A huge thank you to the parents who provided transport and took on various roles, so the students could participate in the Boorowa carnival last Friday. Your generosity and time is very much appreciated. Thank you also to Mrs Gwen Tarleton, Mrs Samantha Mance and Mrs Liz French for their organisation and attendance. 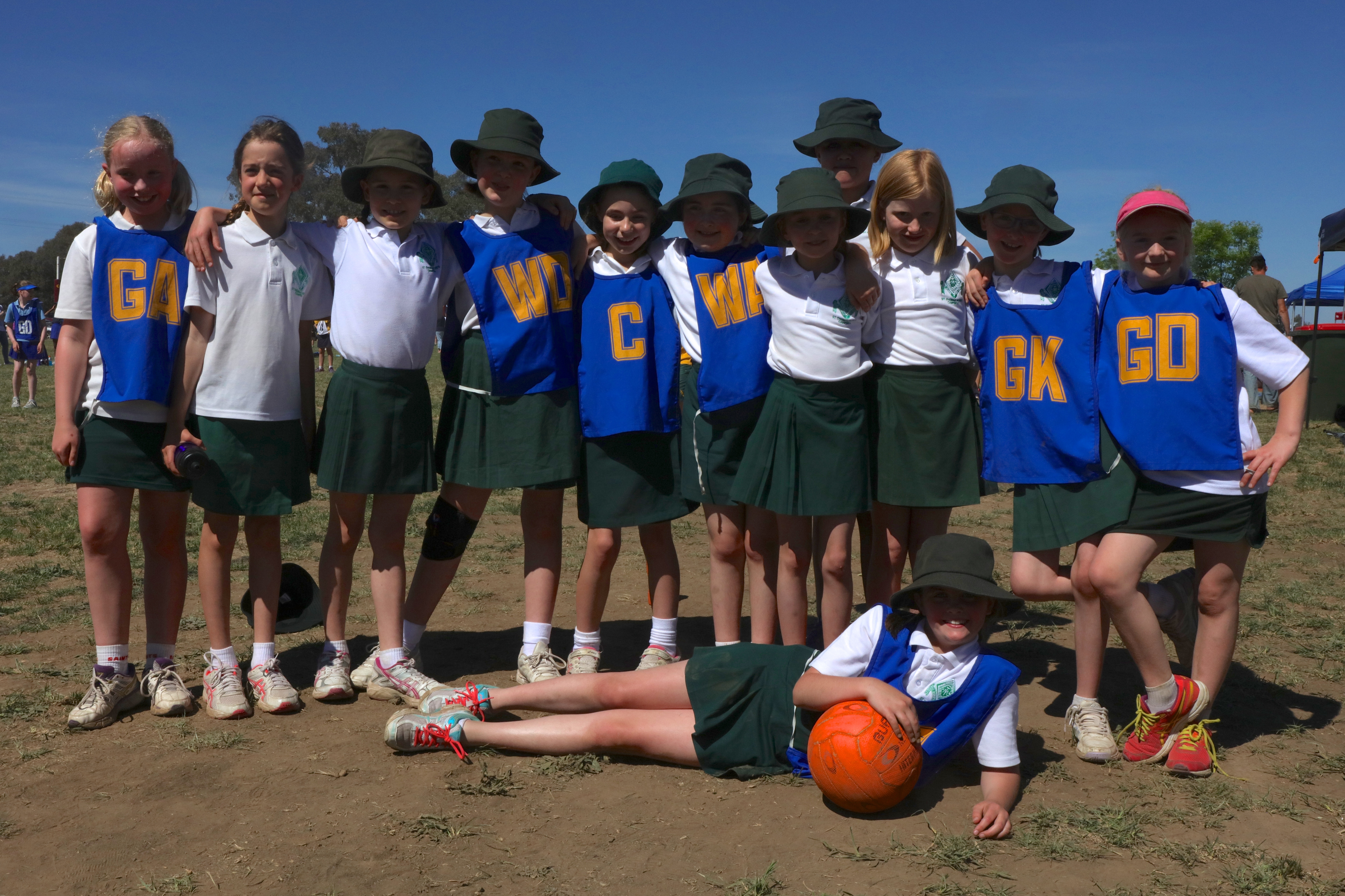 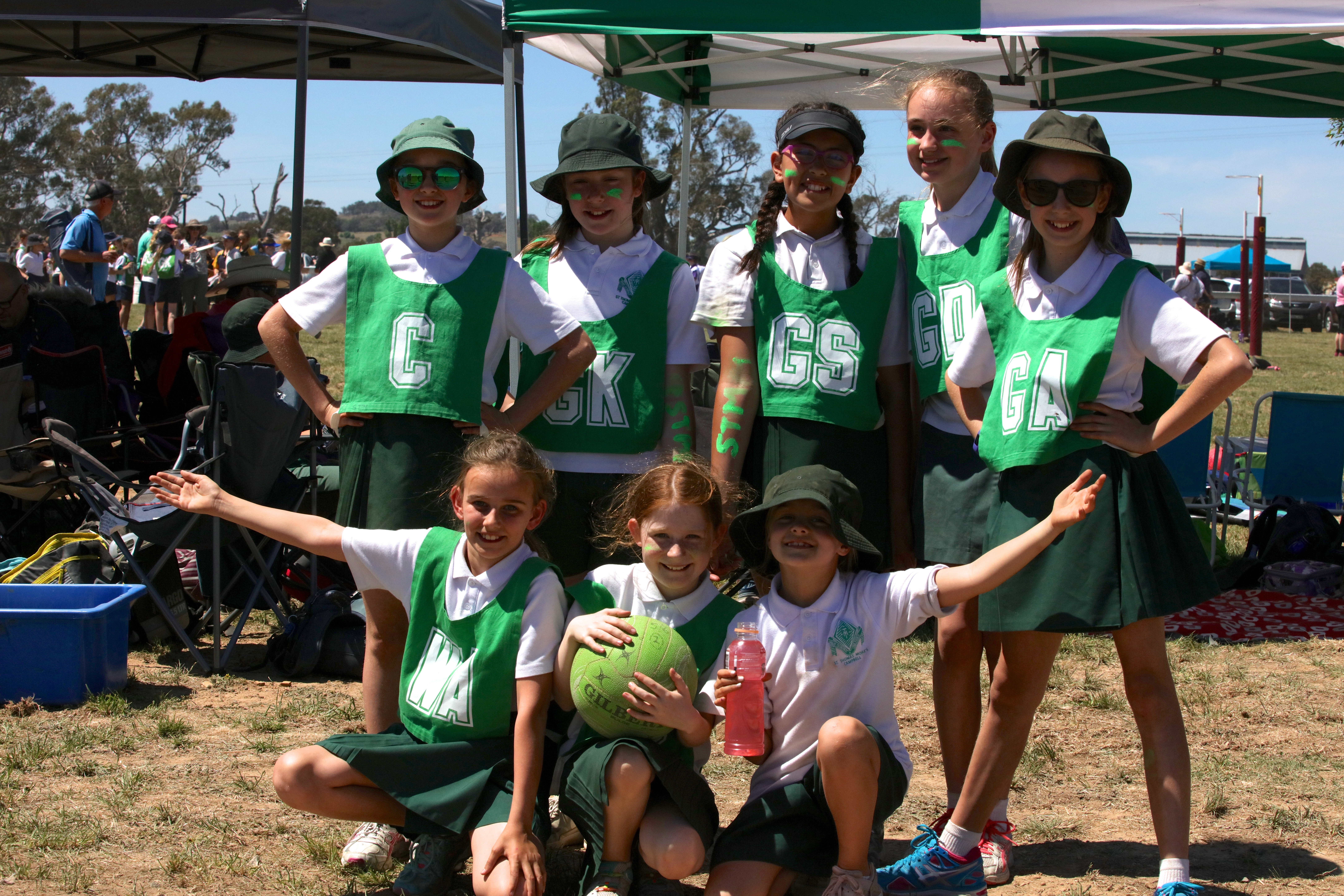 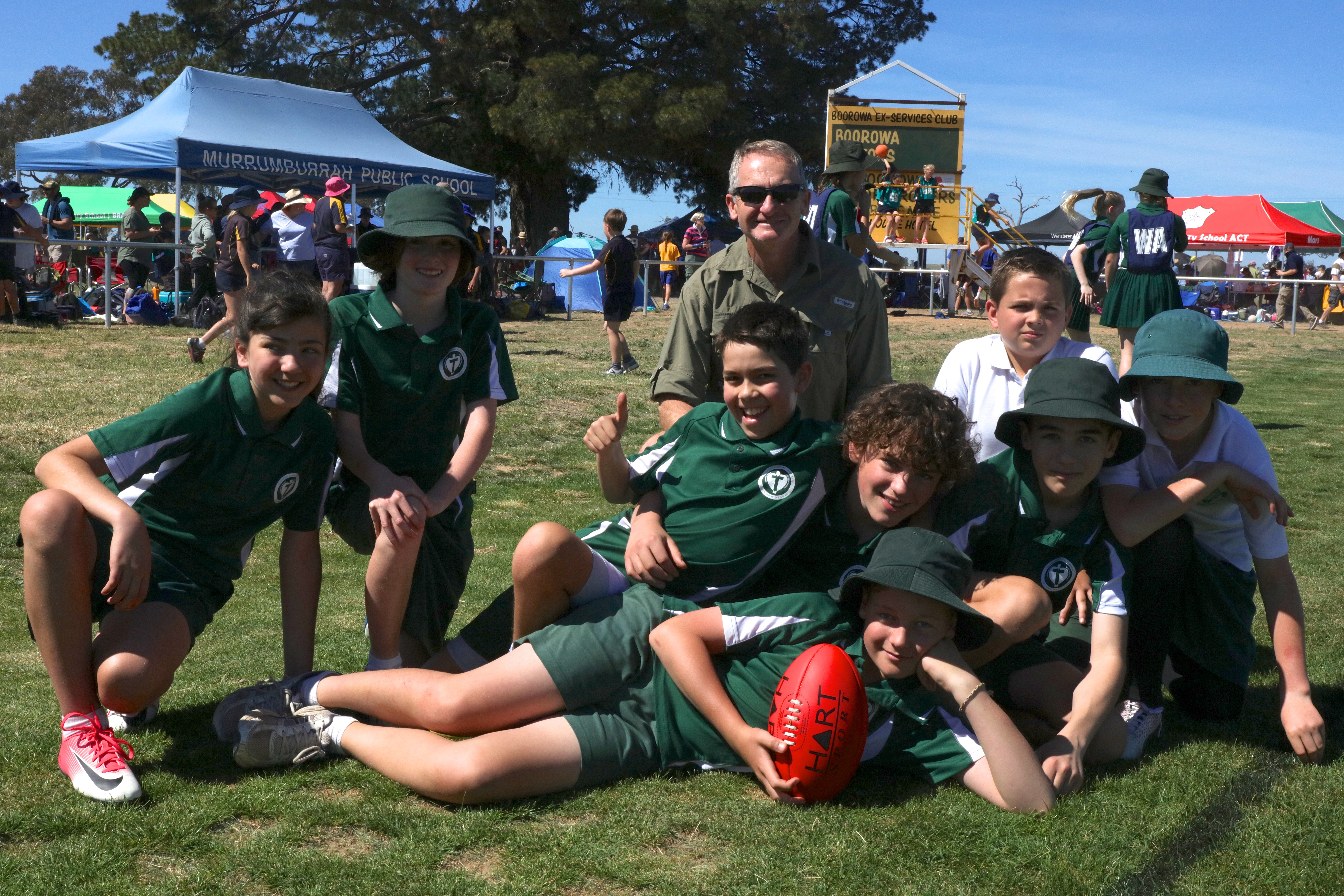 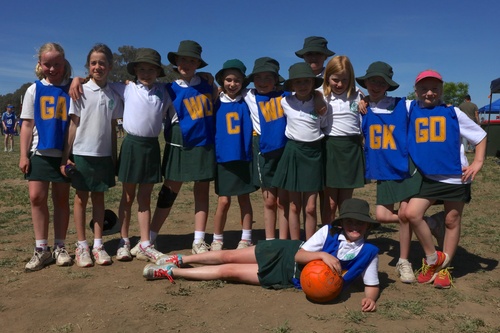 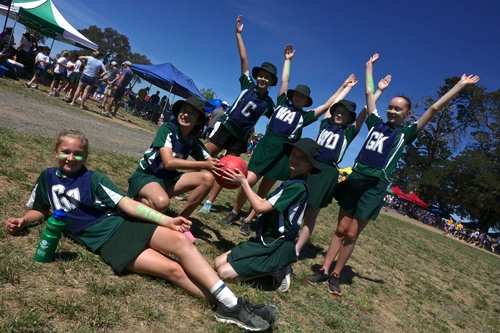 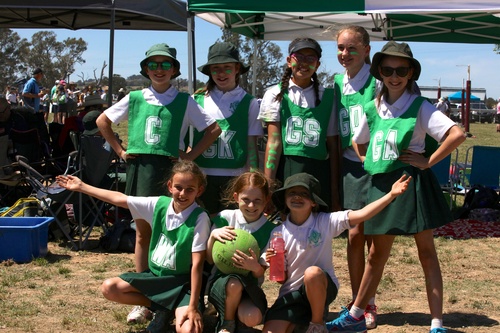 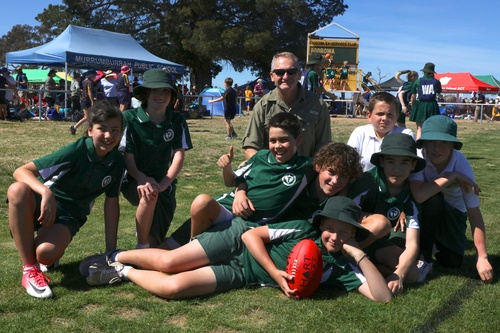 The teaching staff and Leadership Team will soon begin the process of creating the class groups for next year. When compiling classes, teachers are asked to take into consideration several factors; learning styles and abilities are of first concern; behavioural issues and special needs are also a high priority. To ensure the best learning environment for all, the teachers will determine which students should be together. This process takes many weeks. If you have a specific request regarding class placement that you would like to discuss with me, please contact Julie Ogden to make an appointment. I do not take requests for specific teachers.

Be centred in Faith

The busyness of Term 4 is well and truly upon us all. As we go about our day, we are planning for Christmas and our summer holiday break.

It is at this time of year, where we often forget the importance of learning to ‘be still and centred’ and to spend time deepening our relationship with God.

Our first ‘Hero of Faith’ this term is David. 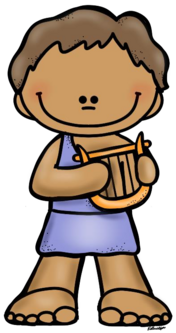 A key lesson we can learn from David is that he put God first and would spend time each day in PRAYER and MEDITATION, praising God for all things.

St Thomas More’s School values and places great importance on Christian Meditation. It is a form of prayer that allows staff, students and community to experience and develop their capacity to be open to God.

These occasions of gathering in stillness and silence build community, and with God’s grace, the fruits of the Holy Spirit will help guide and support each of us as we strive towards building positive relationships with one another.

As we move closer to the ‘silly season’ and you find that life is becoming too busy, contemplate spending some time in Christian Meditation, moving from your head to your heart and repeating the sacred word ‘Ma – ra – nat tha’ ~ Come Lord Jesus.

I wish you all a very happy and peaceful week ahead.

11 November 2018 marks the centenary of the end of the First World War. It is almost beyond our comprehension the extent of suffering at the time the Armistice 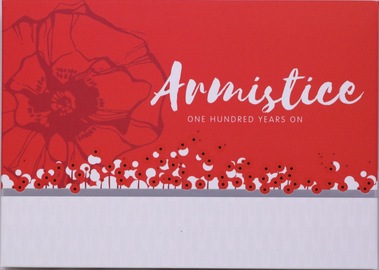 was signed. Approximately 62 000 Australians had been killed, but only one of these returned and was buried in Australia. That soldier was Major General Sir William Throsby Bridges whose grave is close by us in Campbell on Mt Pleasant, adjacent to the Royal Military College Duntroon. One other soldier has since been reinterred in Australia in1993, the Unknown Soldier, who lies in the Hall of Memory, the heart of the Australian War Memorial. Where could grieving families and friends go to pay their respects and reflect on the loss of life? The answer is the memorials that were erected in cities and towns all around Australia.

Added to this was the suffering and hardship experienced by approximately 156,000 service personnel who were wounded, gassed, or taken prisoner.

Since 1918, approximately another 40 000 Australians have died in other wars, conflicts and peace-keeping operations. Their names are listed on the Roll of Honour at the Australian War Memorial.

The peace and freedom we have in Australia today has come at great cost and has been paid for on our behalf by generations that came before us. It would be wrong for this to be forgotten. It would be wrong for us to take for granted what we have and not treasure it. It is our responsibility to pay respect where it is due and to pass this responsibility onto our children.

You are invited to the St Thomas More's Remembrance Day Liturgy. It will be held on Friday, 9 November 2018 (Week 4) commencing at 9am in Holy Faith Hall.

The Department of Veterans' Affairs produces a Remembrance Day poster every year commemorating a particular theme or anniversary from our wartime history. This year the poster is ‘Commemorating the centenary of the Armistice’. It can be viewed at http://anzacportal.dva.gov.au/education/resources . Click button ‘Wartime Snapshot #24’ for a very informative summary of the Armistice.

What  Commemoration the Centenary of Armistice 2018

Info  One hundred years ago on 11 November 1918, four bloody years of brutal conflict came to an end. Almost 62,000 Australians died fighting for our freedom and in service of our nation. To commemorate the centenary of the Armistice that ended the First World War a creative public program will run at the Australian War Memorial. See https://www.awm.gov.au/commemoration/armistice

What  Armistice and After – an Exhibition

Info  Official opening by Andrew Leigh MP, Member for Fenner. Records the participation of the Hall district diggers in the triumphs of 1918 and the euphoria that accompanied the end of hostilities. It also records the difficulties of repatriation and adjustment to civilian life.

Feel welcome to visit or contact me on 6249 8869 or send an email to sonja.mingay@cg.catholic.edu.au

Our next Mini Vinnies meeting will be held this Friday, 2 November. We will be writing prayers, pictures and poems for publication in the Archdiocese St Vincent de Paul Society Vinnies Little Book of Prayers. We will also discuss our activities for the remainder of the year such as the SVdP Christmas Hampers.

Well done to Ava White who received a Highly Commended Award at the Awards Ceremony for her entry into the Pens Against Poverty Writing Competition. 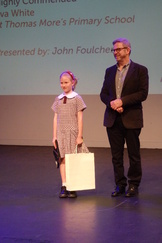 Canberra-based poet, John Foulcher, was one of the judges and he delivered a lovely message of encouragement to the students to continue to develop their writing skills and using their talents as a means of communicating ideas to others. Anglicare coordinated the event and a number of their spokespeople talked passionately on the topic of addressing poverty.

A comment was made about looking at poverty through three lenses: personal – what can you do for those around you who need a hand up; community – what can we do in our communities such as schools, churches, workplaces to assist people in poverty; and government/policy – advocating for positive changes that improve the issue of poverty at national and international levels.

Feel welcome to visit or contact me on 6249 8869 or send an email to sonja.mingay@cg.catholic.edu.au